Steve Blanchard and Tim (Beast) Hinton are Florida transplants from St. Louis and Atlanta, respectively. The couple has known each other for nearly 15 years and can thank the COVID-19 Pandemic for finally bringing them together.

Steve has long been interested in the paranormal and the historic locations in which alleged hauntings are said to be found. Before launching into a professional career as a print journalist after graduating from the University of Missouri-Columbia, he came “this close” to becoming a history teacher. 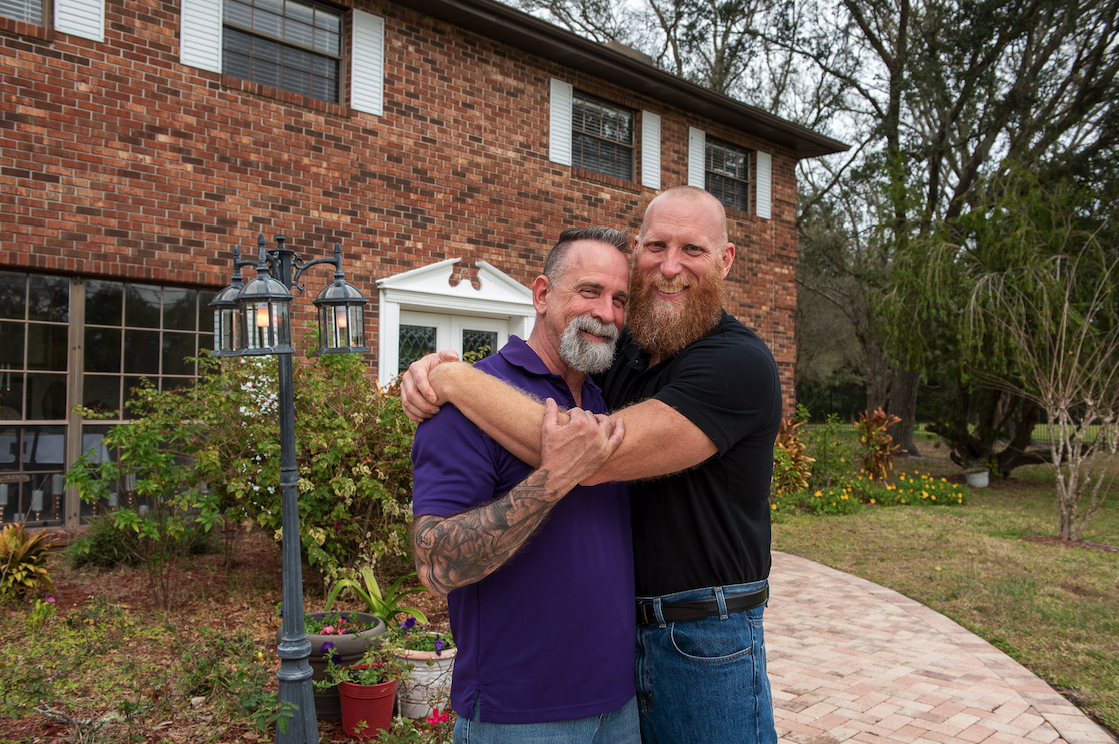 After covering cops, courts, entertainment and politics for several newspapers and news magazines, he switched careers in 2015 and now works in public relations for a healthcare facility in Tampa. Despite making a career out of writing, Steve’s always held onto his love of history, historic locations and tales of the paranormal.

In 2018 he launched his podcast, Phantom History, which began as a humble way to share ghost stories he had learned through various jobs as a ghost tour guide and through his own historical research. Eventually the podcast evolved into more and features interviews with paranormal investigators, historians and others who are familiar with a location’s paranormal qualities and unique history.

It has been Steve’s dream for years to run a Bed & Breakfast and to incorporate a paranormal element is a way to bring two of his favorite loves together. 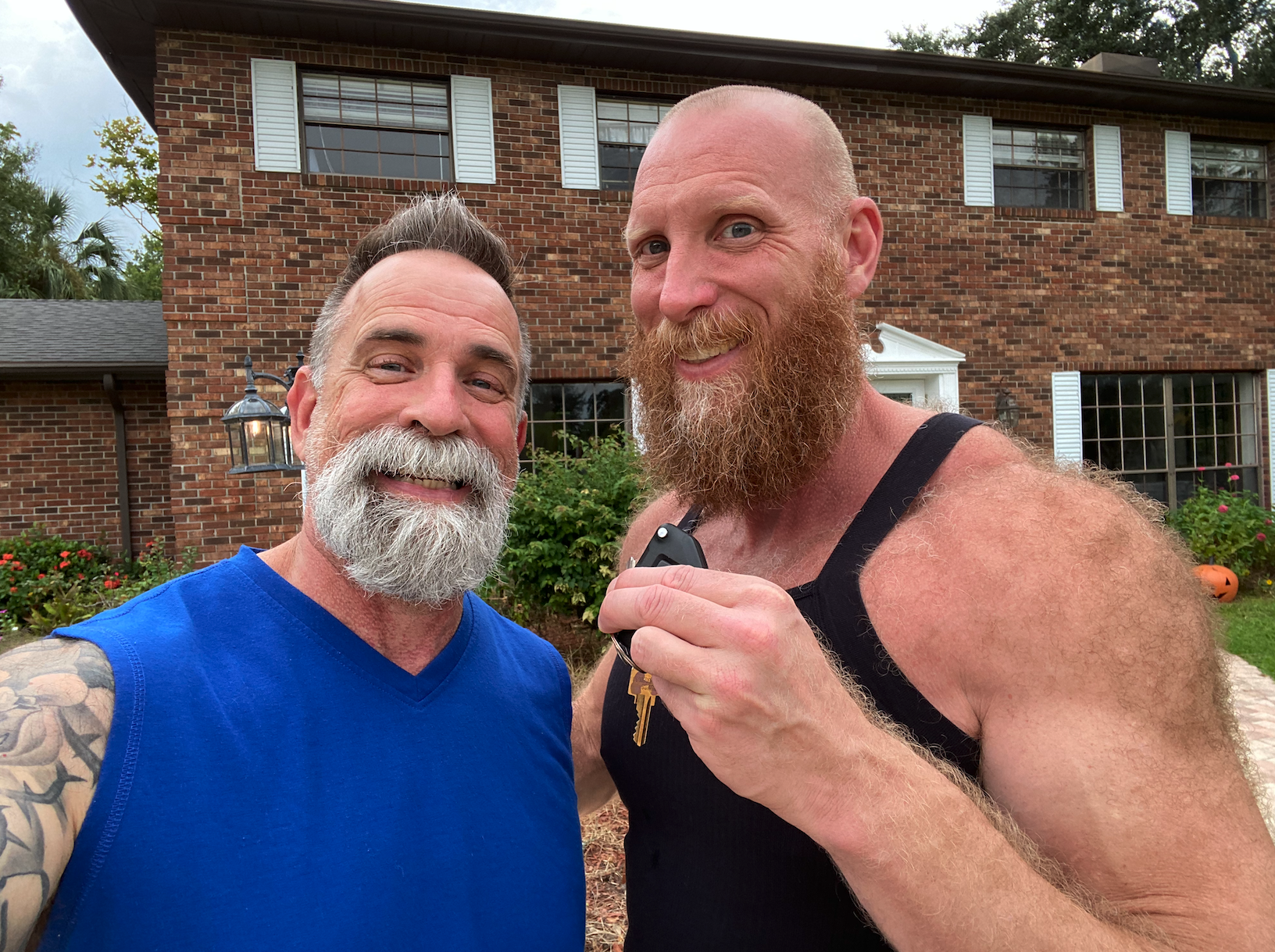 Tim’s friends call him “Beast” and he welcomes that name from anyone.  He’ll answer to either happily.  Tim is a self-proclaimed “band geek” and grew up in Georgia honing his musical skills. After earning a master’s degree in Music Education and teaching for several years, Tim started his own business as a musician and arranger. He soon became known as “The Beast of the Marching Arts” and his work has been seen on football fields across the country. He continues that work to this day.  You can find all his music and educational resources at www.MarchingArtsEducation.com

When he’s not composing or arranging music, Tim is exploring Florida’s many theme parks, climbing aboard roller coasters and is particularly fond of anything Disney.

Tim’s involvement in the B&B world is directly related to his relationship with Steve. After a casual conversation about starting a Bed and Breakfast one evening, Tim found himself hooked on the idea and soon became fascinated with the paranormal aspect of Steve’s side job.

Both Steve and Tim want their guests to see Phantom History House as an adventure away from their everyday lives and a safe escape for anyone looking for a unique and comfortable experience away from their home where history, the paranormal and a relaxing atmosphere will make for an unforgettable stay. 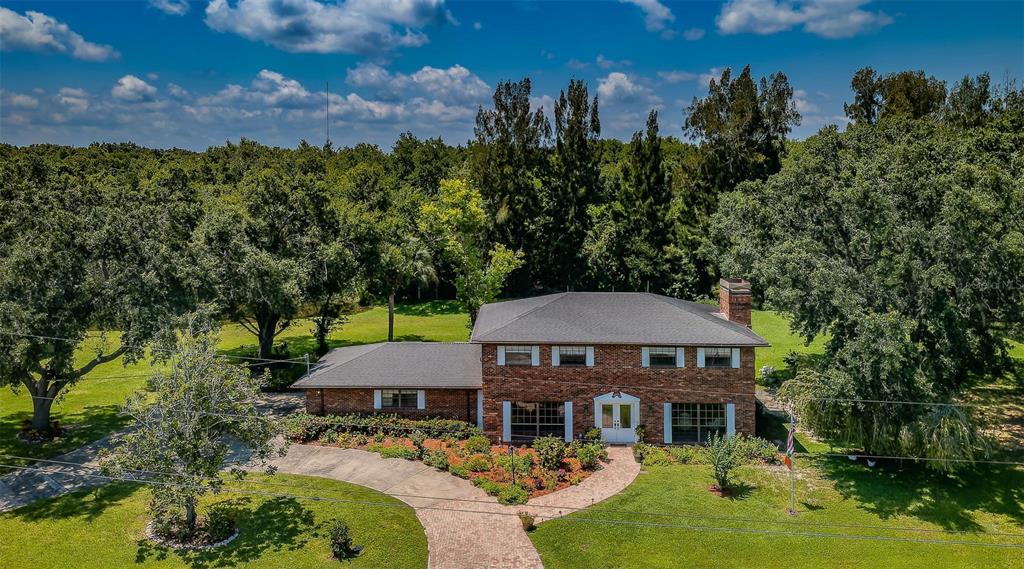 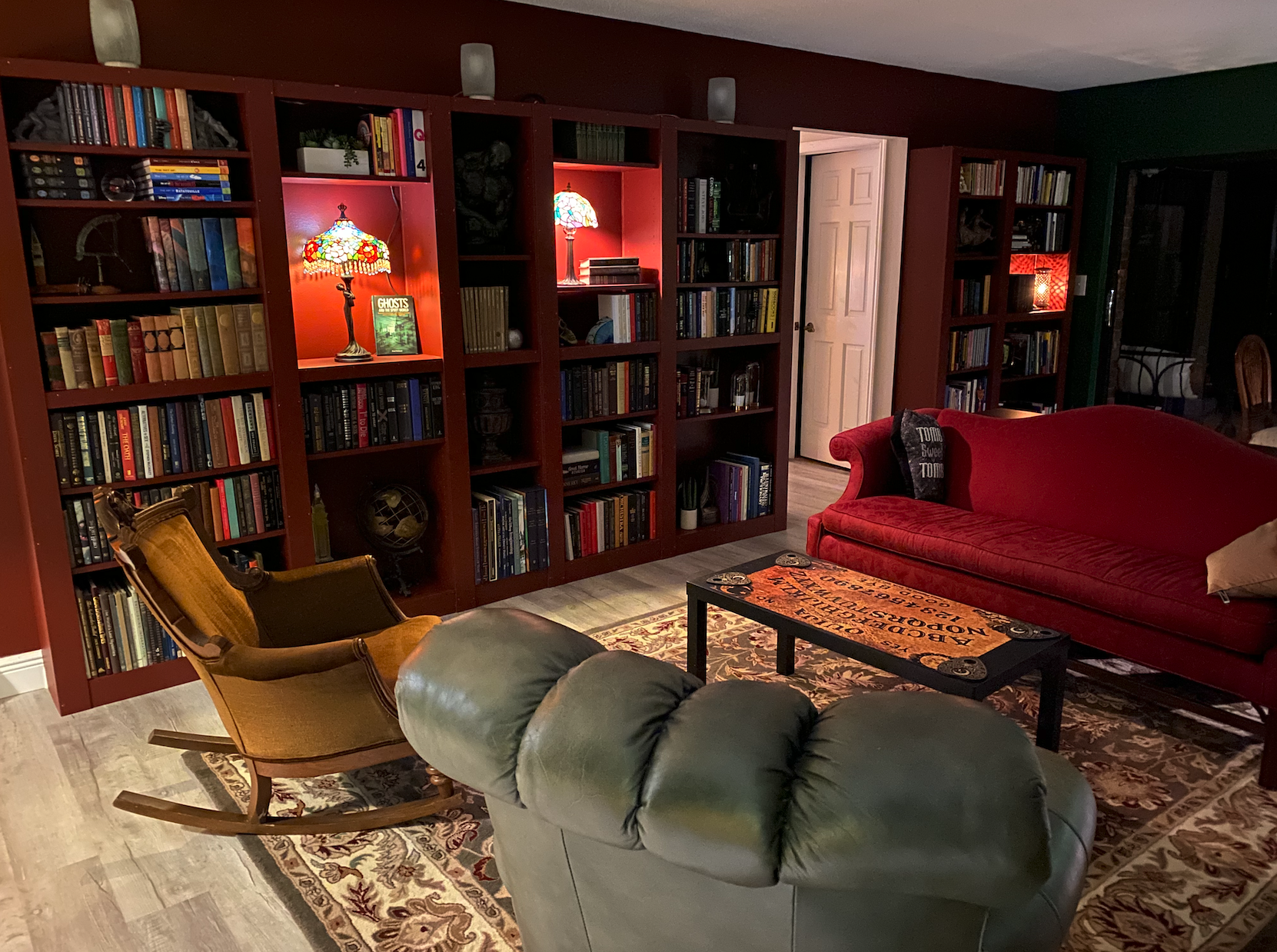 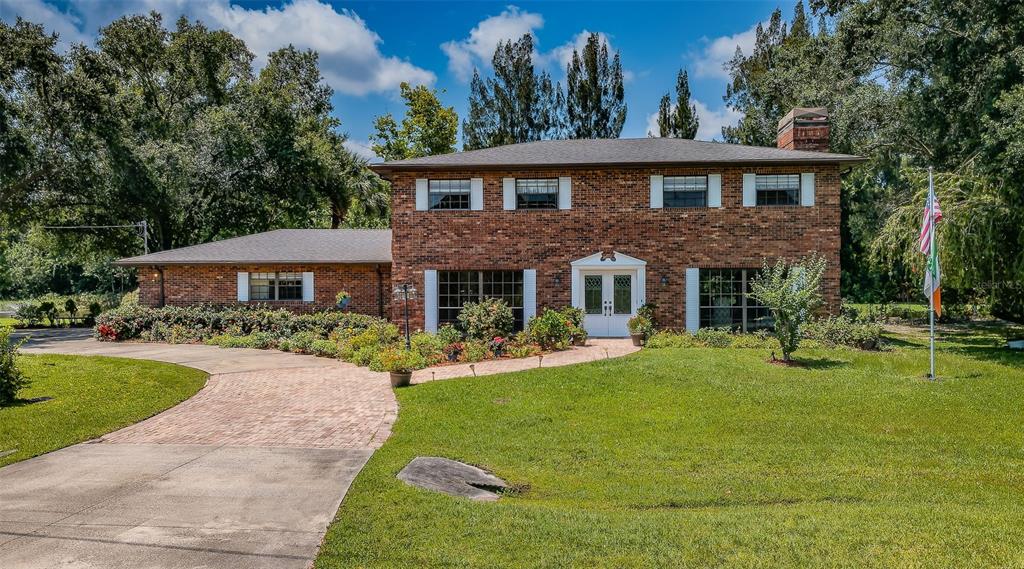 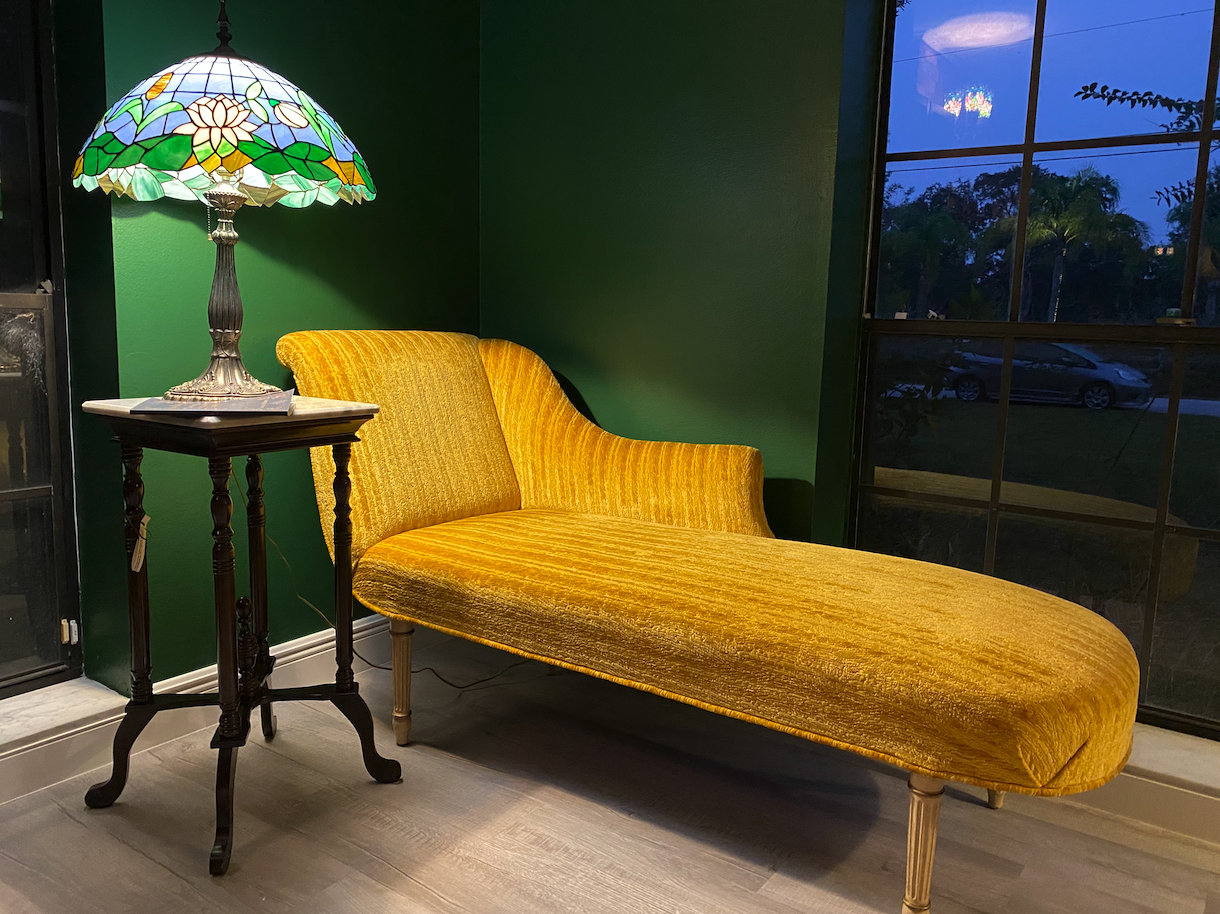 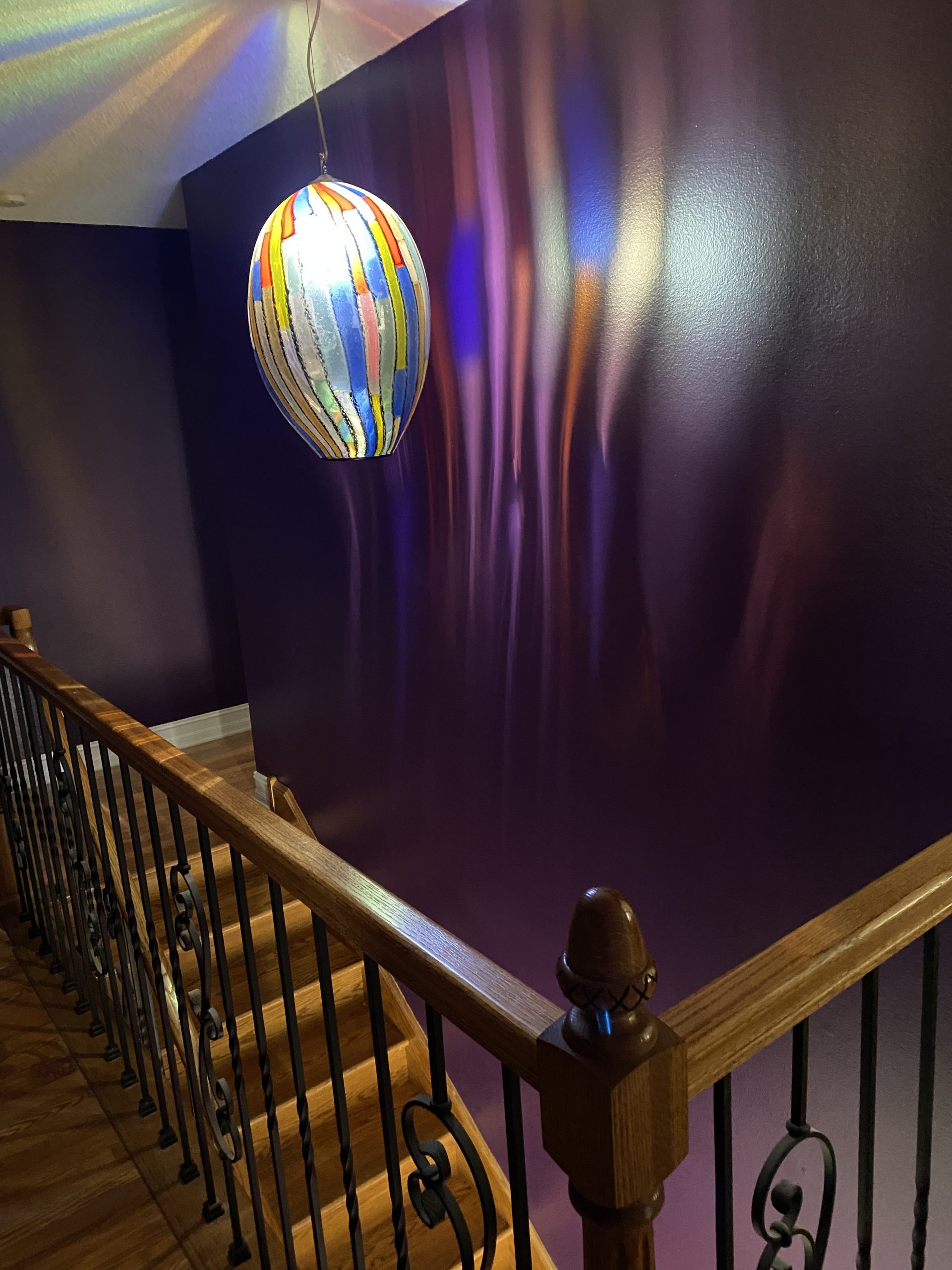 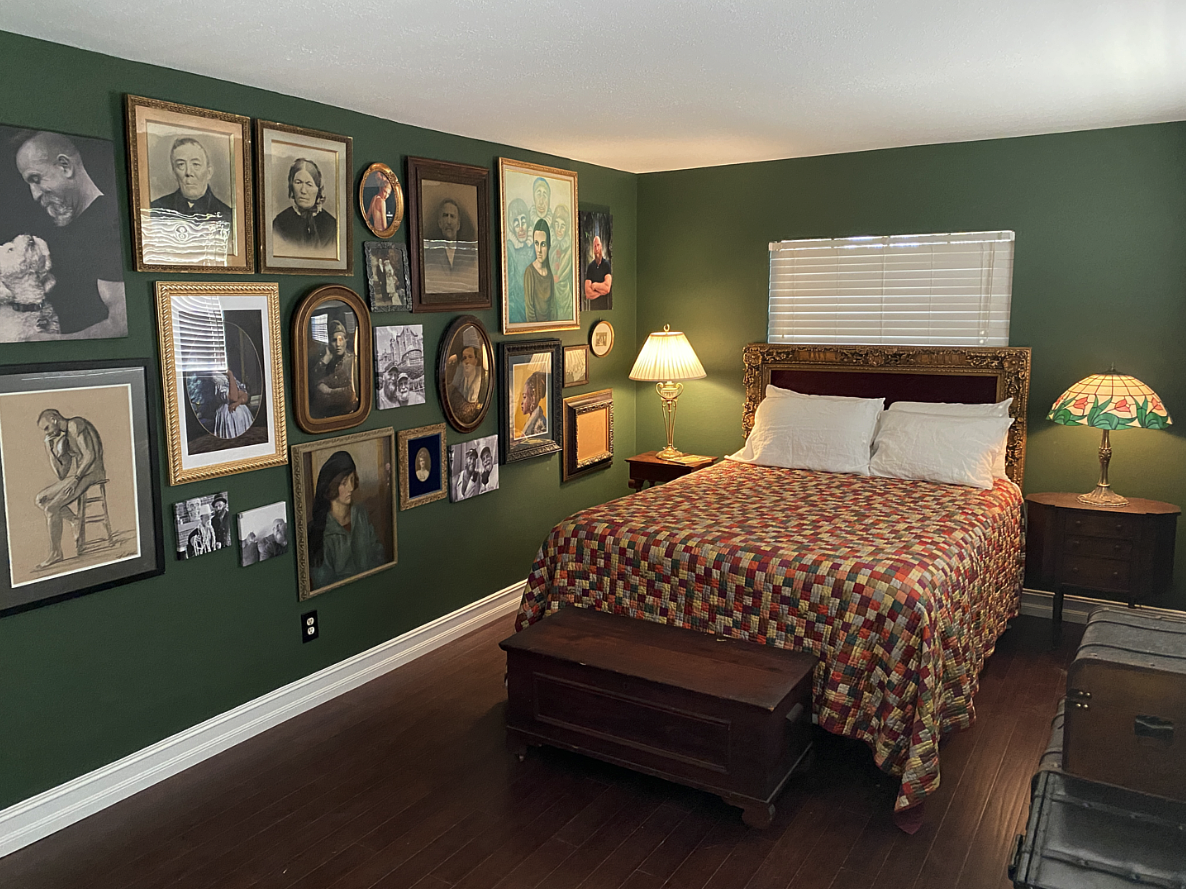 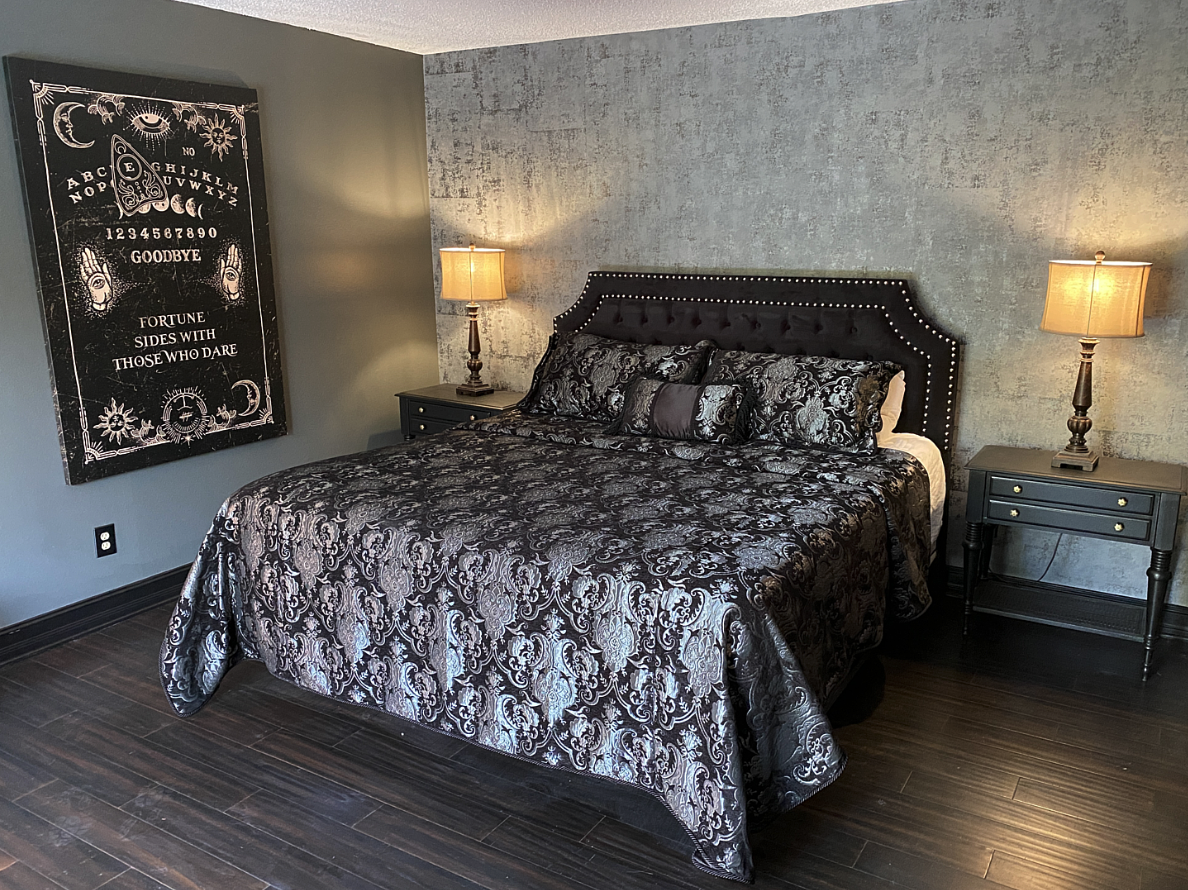 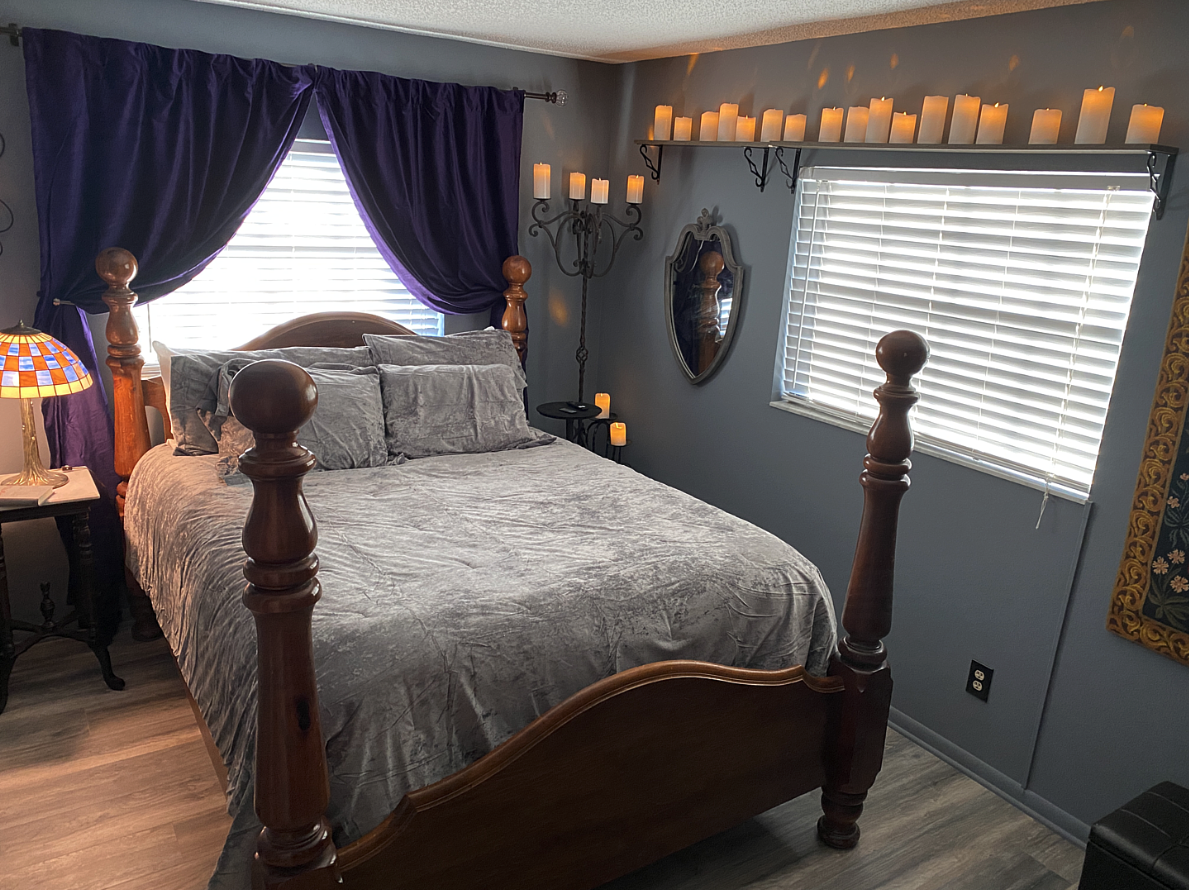 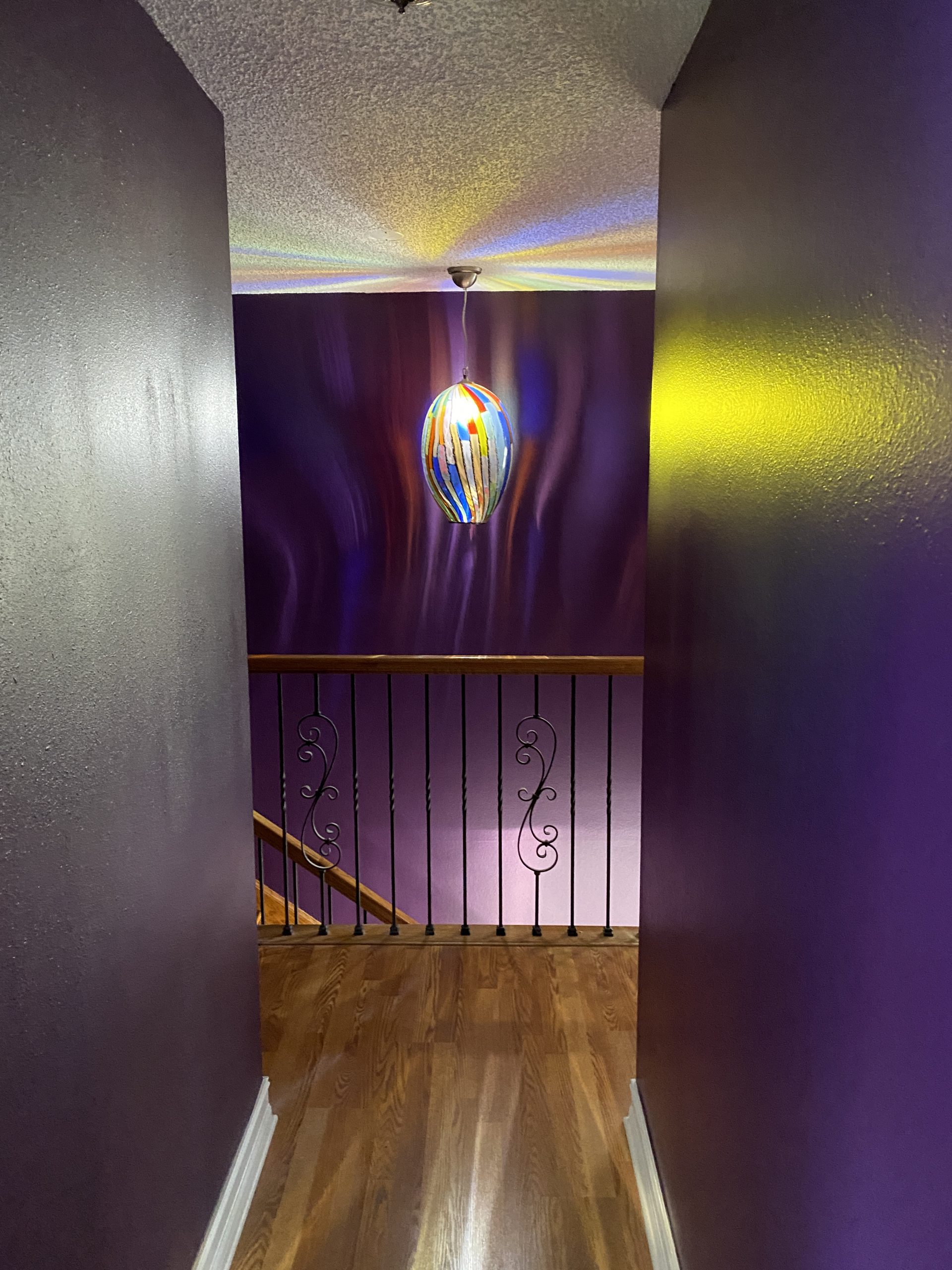 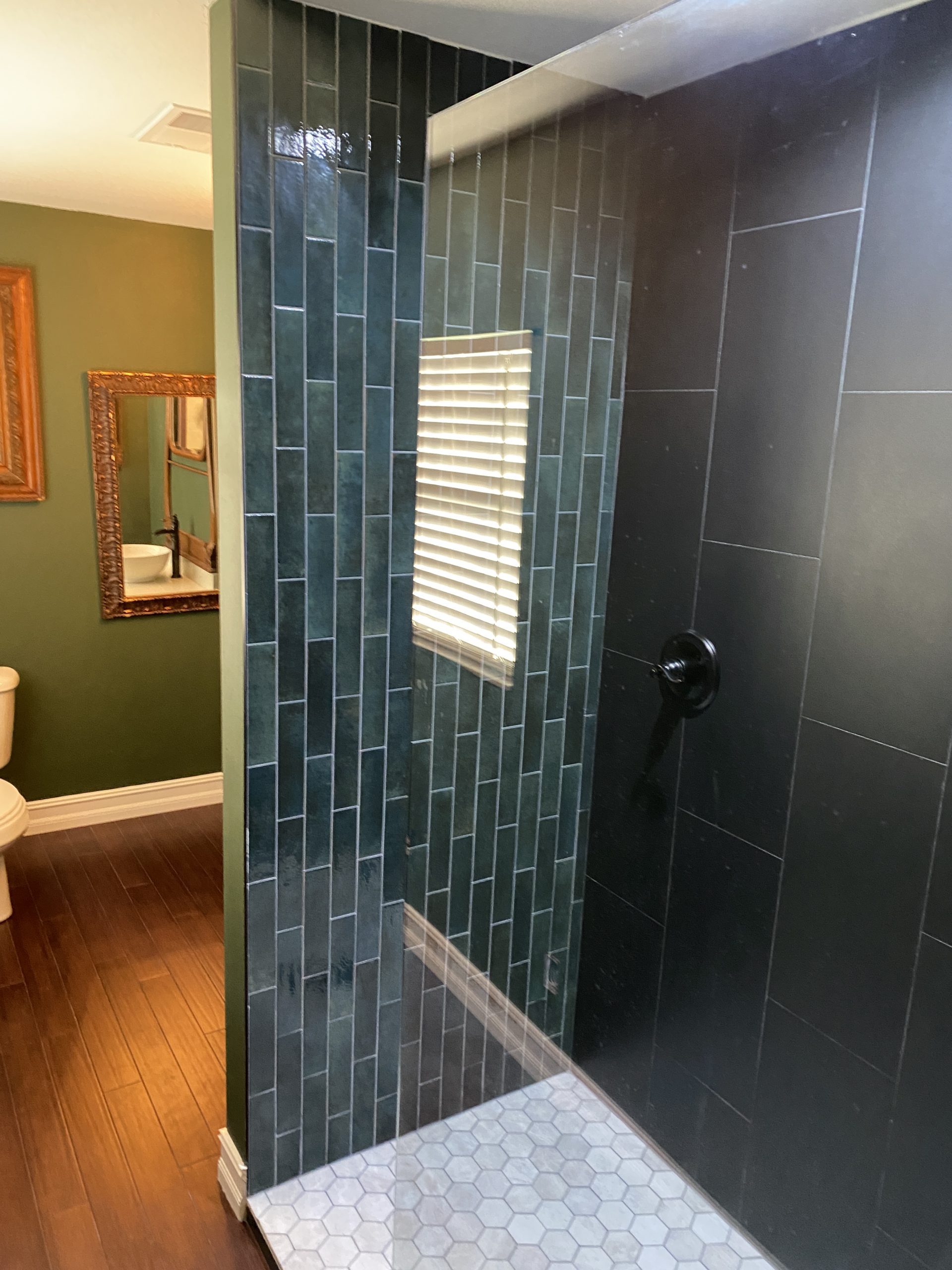 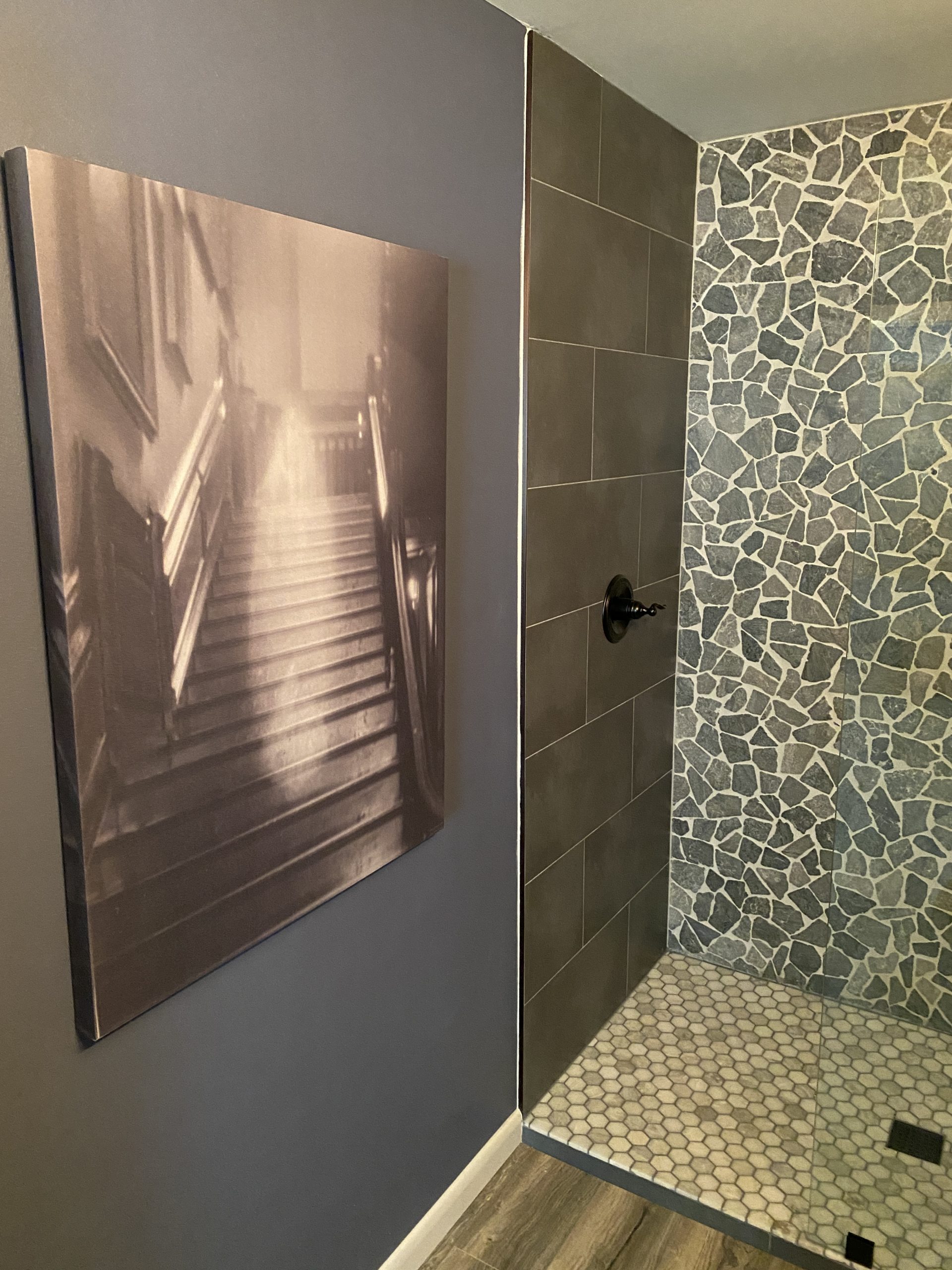 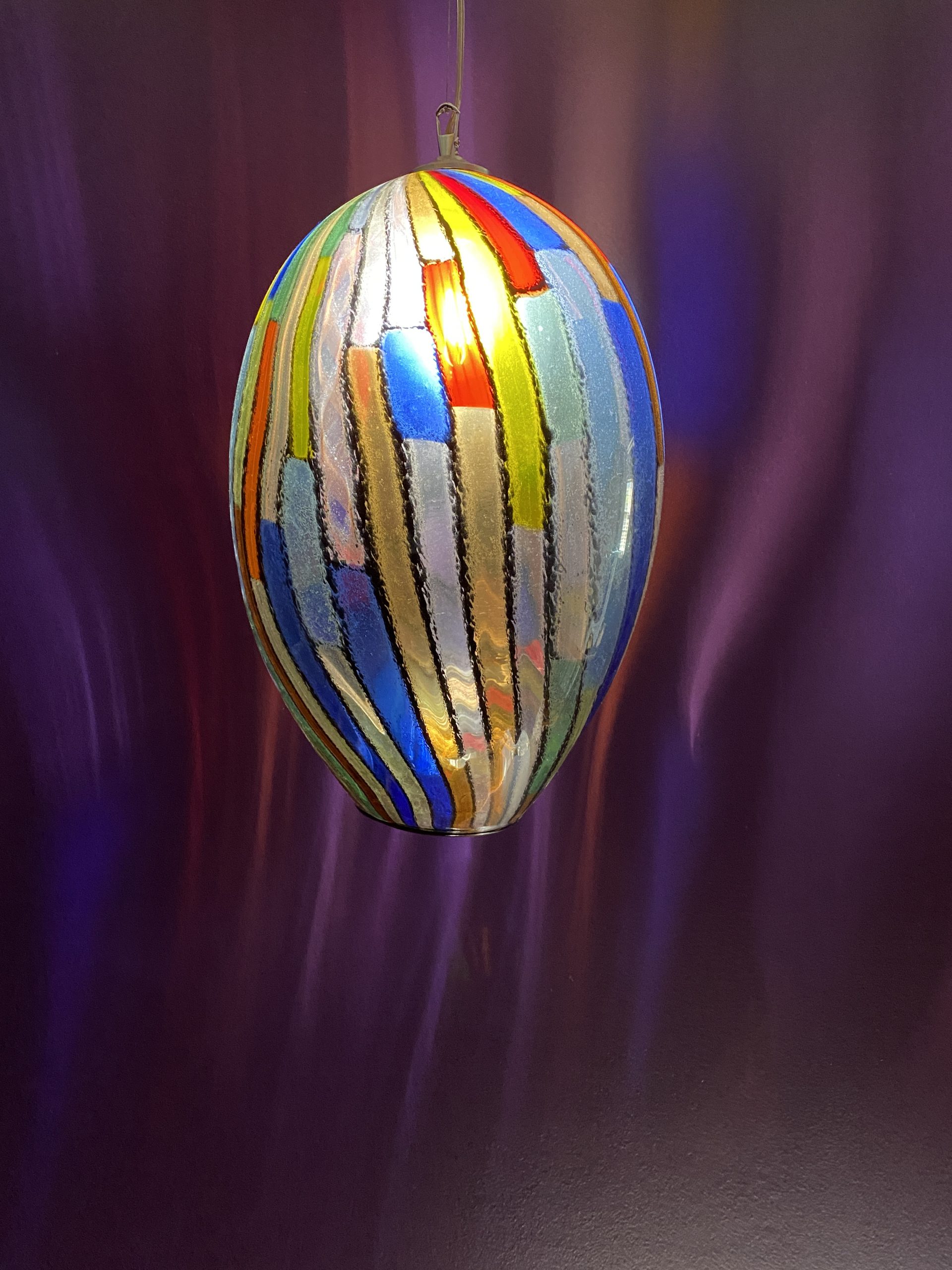 Book the entire house for your group or event!

The rooms will be available individually, or you can book the entire house (all four rooms!) for you and your group.  Imagine having the entire house to yourselves for a quiet getaway or big celebration!  Weddings, bachelorette parties, birthday celebrations, friends weekend away!  Book now before your date is taken!

Explore and Book the Ouija Room 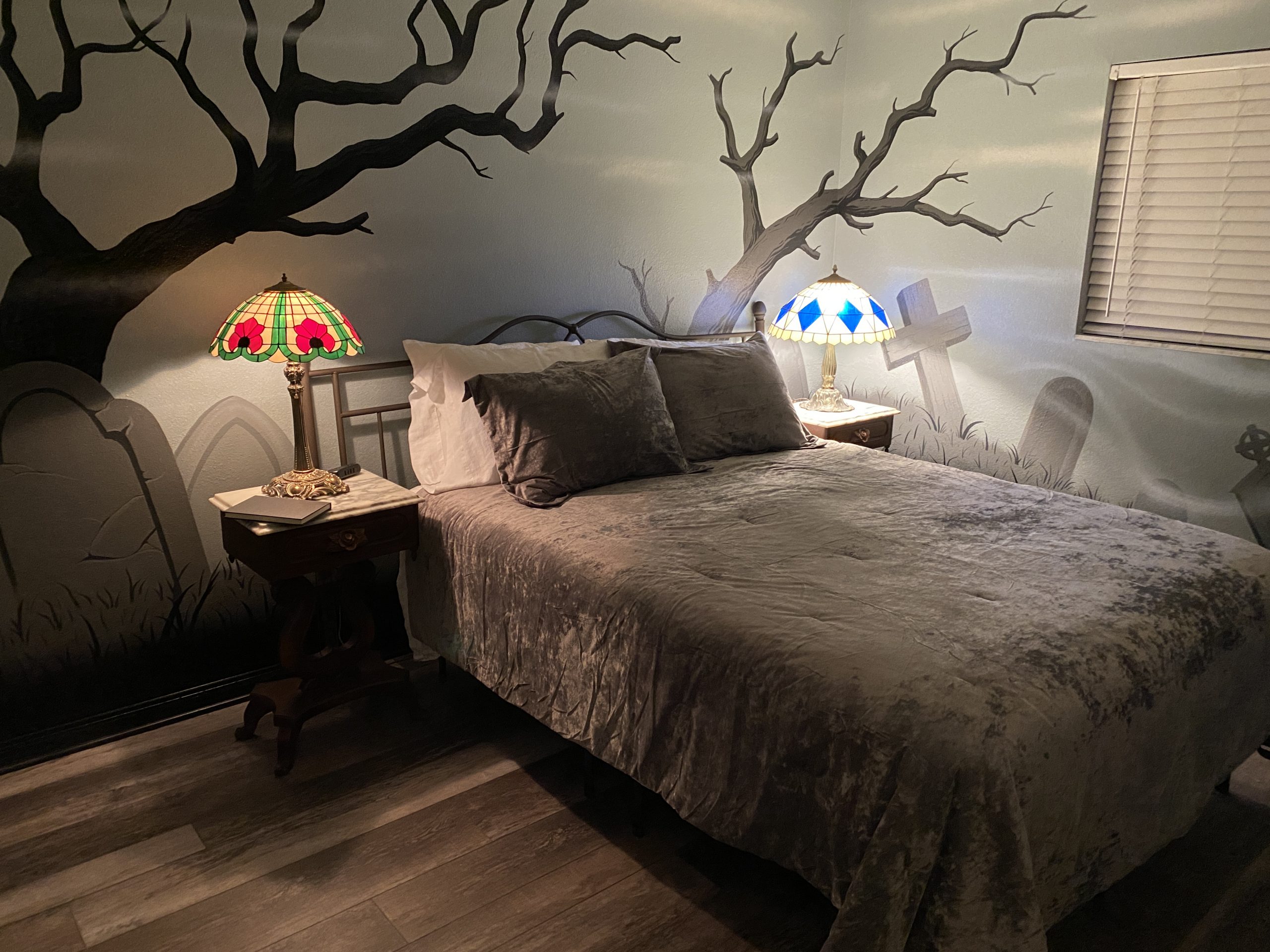 Explore and Book the Cemetery Room 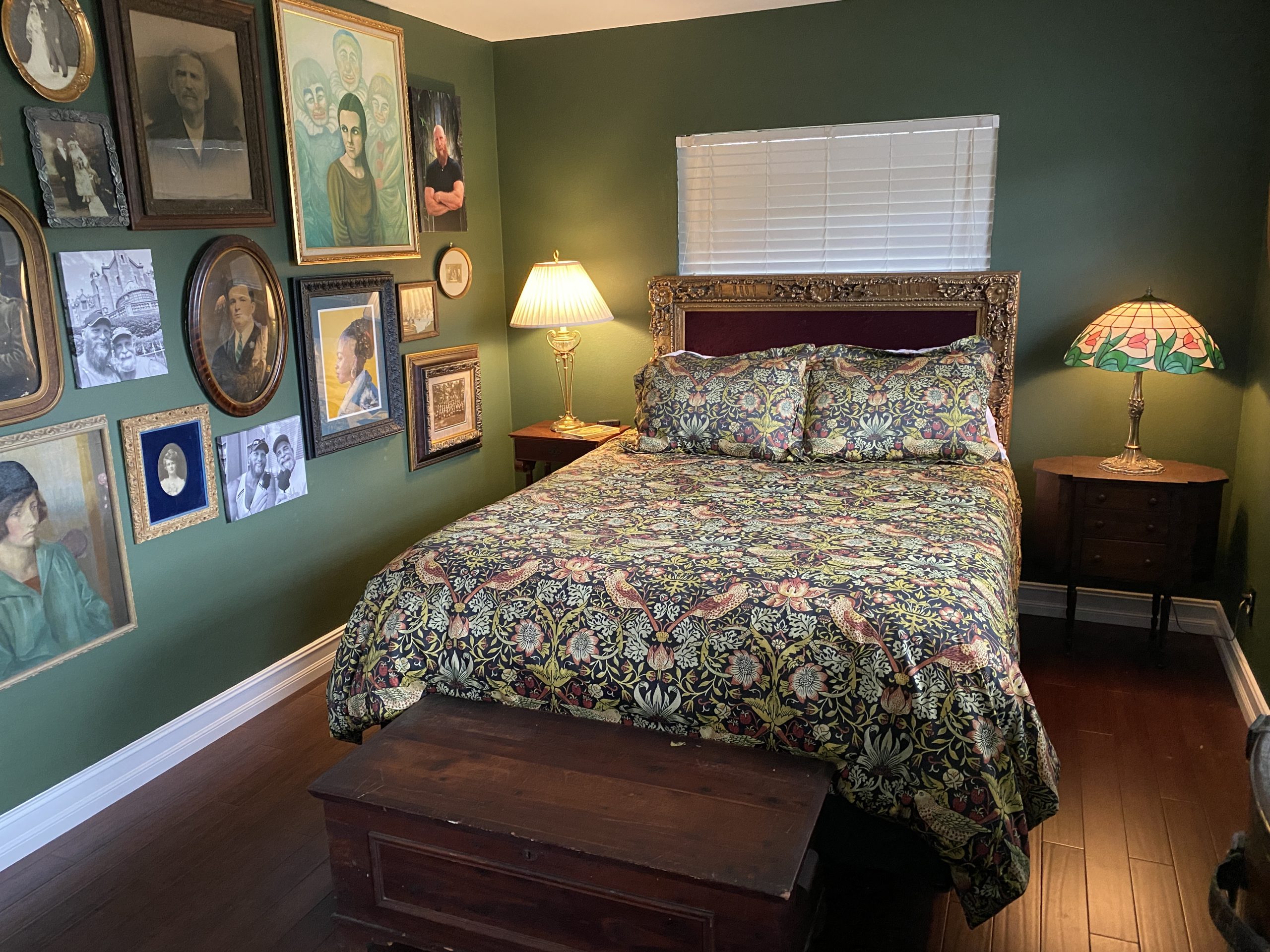 Explore and Book the Portrait Room 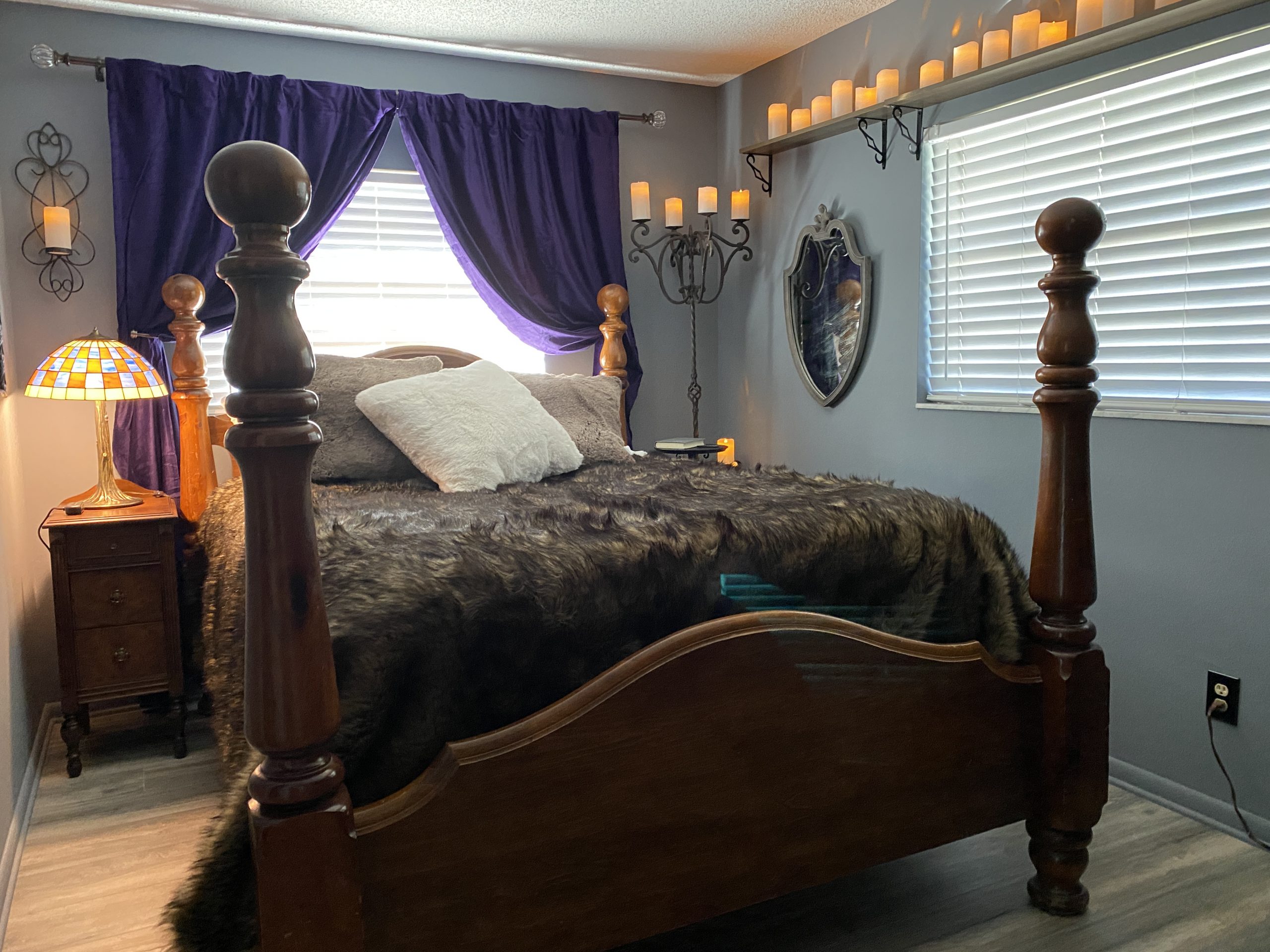 Explore and Book the Castle Room