More than 100 years after he was executed, the man many referred to as simply, “the Killer,” may still roam the streets.

When I was a little younger and still going out to bars, I would frequent Ybor City, Tampa’s historic district. The streets have a feel of New Orleans and the humidity to match. But it’s the massive cigar factories that now serve as condos and homes to multiple businesses that make the location so fascinating and give it such a historic feel.

For my first episode ever of Phantom History, I went with a story I had been told multiple times, the story of Robert Anderson, who is believed to be Tampa’s very first serial killer and a legendary character of Ybor City’s past.

As I was finding my way in the world of podcasts, I hadn’t yet decided to include other voices. I read books, scoured the internet, and dug up every old newspaper article I could find on Robert Anderson, who was simply called “The Killer” by many reporters. In true transparency, I will admit that this is also a story I would share while working as a ghost tour guide in Ybor pre-pandemic.

This podcast, however, is different than the story I shared on that tour. The dates and the names are the same, of course, but this provides a bit more detail to the story of Robert Anderson and his motivation to kill so many in the early part of the 20th century.

He is certainly no hero. He had skewed beliefs and what he did was horrible. But he has become a legend to historians on the west coast of Florida, even though many don’t even remember his name. 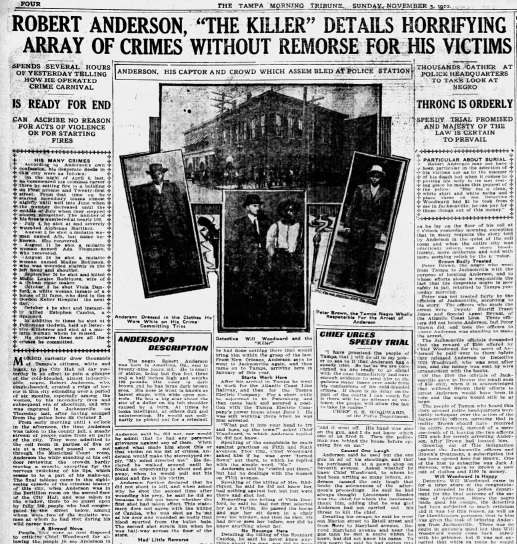 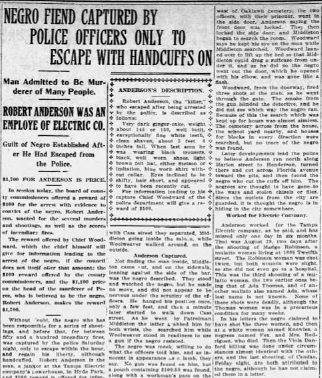 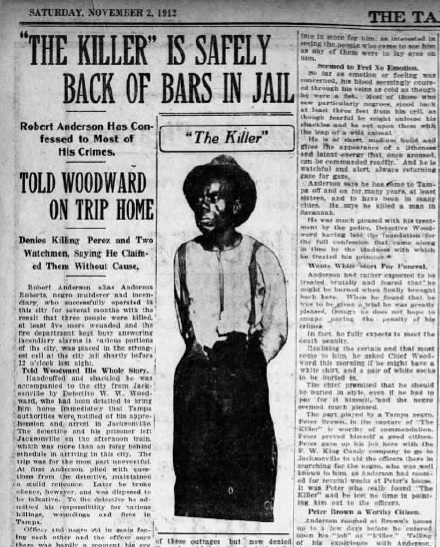