The Sorrel-Weed House is one of the first massive mansions to be built in Savannah, Georgia, and its sprawling 16,000 square foot presence overlooks one of the oldest squares in the city. But there’s more to this building than just its impending size. Its history of tragedy, death, illnesses and suicide make it one of the most haunted destinations in the United States.
Aubrey Northrop, a tour guide at the mansion, shares the history of the house and her own paranormal experiences that she’s witnessed during her short time there as an employee. And, of course, tours run throughout the year and she invites everyone to come experience the spirits for themselves.

On a recent trip to Savannah, Ga., I did what I usually do when I’m in a new city. I found the best-rated ghost tours and a list of the most haunted locations and started exploring. It was by accident that I found the tour that actually went inside the Sorell Weed House.

I booked a ghost tour and had the luck of having Aubrey Northrop as my guide. She was extremely friendly, knew her history and had all the details of the deaths and hauntings associated with the massive building. When she shared some of her own experiences during the tour, including the sighting of “ghost hands,” I immediately wanted to talk to her more in depth.

Following the tour, she took the time to talk about even more experiences and agreed to appear on the podcast. Within two weeks of my return to Florida, she and I were on a call discussing all things Sorell Weed. She even brought along a creepy porcelain doll that somehow found its way into the mansion within the time span of my visit and our conversation. (Details in that are in the full interview available to Patreon supporters.)

The Sorell Weed House is named after the families that lived there and many believe the Sorells still walk the grounds, thanks in part to a tragic love triangle that involved Mr. and Mrs. Sorell and one of the enslaved people who lived in a carriage house nearby.

But it’s the many other spirits, whom Aubrey believes wander into the home from other haunted locations that seem to make the most noise, literally. Aubrey explained that the square in front of the mansion was the site of a Revolutionary War battle and massacre that could be to blame for the spiritual activity. She also shared that the site of the mansion was once a soldiers’ barracks that seems to hold onto residual energy.

The best way to learn a city’s history – it’s real history – is with a historic tour that discusses the paranormal. And that’s definitely what Aubrey’s tour did for me at this haunted mansion, and I cannot wait to go back and dive into more locations within Savannah’s city limits. 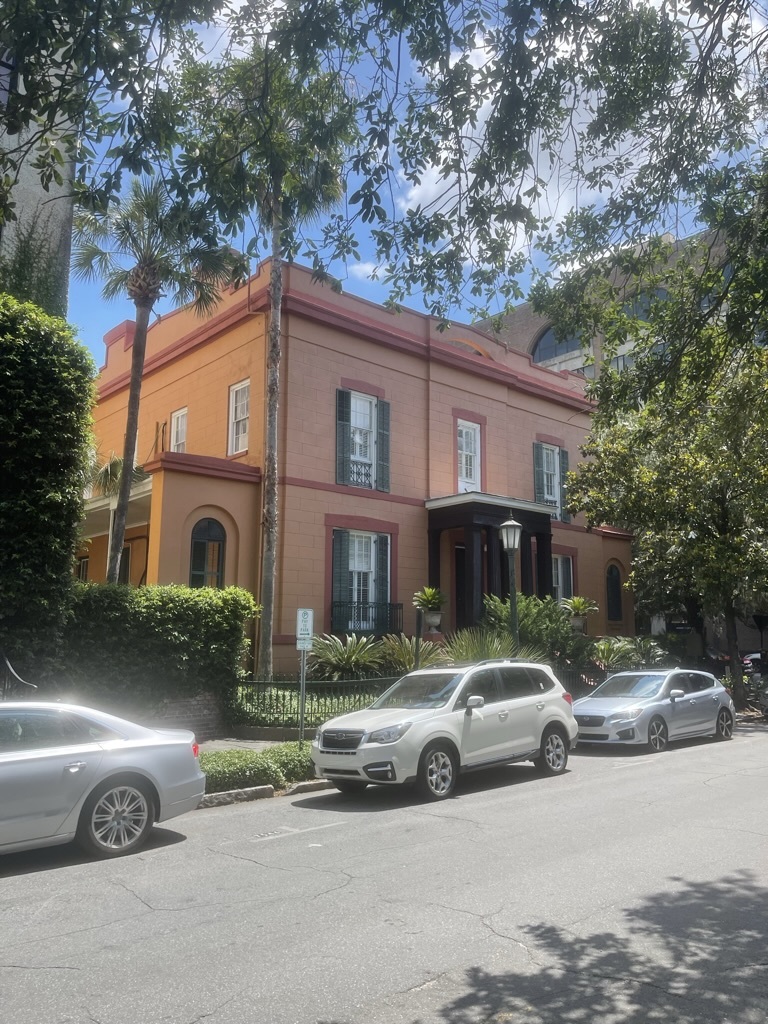