Poasttown Elementary School was built in the 1930s and served as a place of education until the year 2000. It’s a building in rural Ohio that is now known more for the sightings of apparitions and spirits within its walls than it is for exams and PTA meetings. The reasons behind those hauntings could be linked to two separate train accidents in 1891 and 1910 that claimed lives and turned the land upon with the school sits into a temporary trauma and triage unit. In this episode, Steve Hodgson and Elvin Potter of Professional Paranormal Investigations share their stories of investigations that they say produce evidence of spirits still lurking in the halls of the historic school, some of which are connected to those train accidents and one which may have a much darker and disturbing origin.

I’ve always liked trains, and while I’ve not been on very many in my life, I’ve always been fascinated by the historical impact they’ve had on the country and the world.

When I met Elvin Potter and Steve Hodges of Professional Paranormal Investigations, I was immediately drawn to their stories of the Poasttown Elementary School. I was fascinated not because the building is haunted or that it had a nearly 70-year history as a place of education, but because it was near the site of two horrific train accidents in the late 1800s and early 1900s.

Trains, by their very nature, are scary, or at least to me. They are hulking beasts of metal and gears that hurl passengers and cargo along lines crisscrossing the country. They are essential to our way of life, and they are very intimidating.

Even as a kid, I remember visiting family who lived in the country and walking along the railroad tracks, remaining in a constant fear that one would appear out of nowhere and flatten us if we didn’t pay attention. My fear of being outrun by a train, however irrational, always seemed very real.

This episode focuses on those train accidents of 1891 and 1910 outside a small town in rural Ohio. Both resulted in fatalities and injuries and when Steve told me that the land where the school now sits was used as a triage of sorts, I knew there was an immediate tie to the supernatural.

Catastrophes and trauma, I’ve learned, leave quite the imprint and that residual energy has a way of manifesting itself in a variety of ways. I was pleasantly unsurprised when Steve and Elvin had plenty of stories to share about their exploration of Poasttown School and were so willing to share them with me.

This is, without a doubt, another haunted site that has landed on my bucket list. It’s my hope that I’ll get a chance to explore it myself, and maybe catch a glimpse of whoever, or whatever, I still roaming its classrooms. 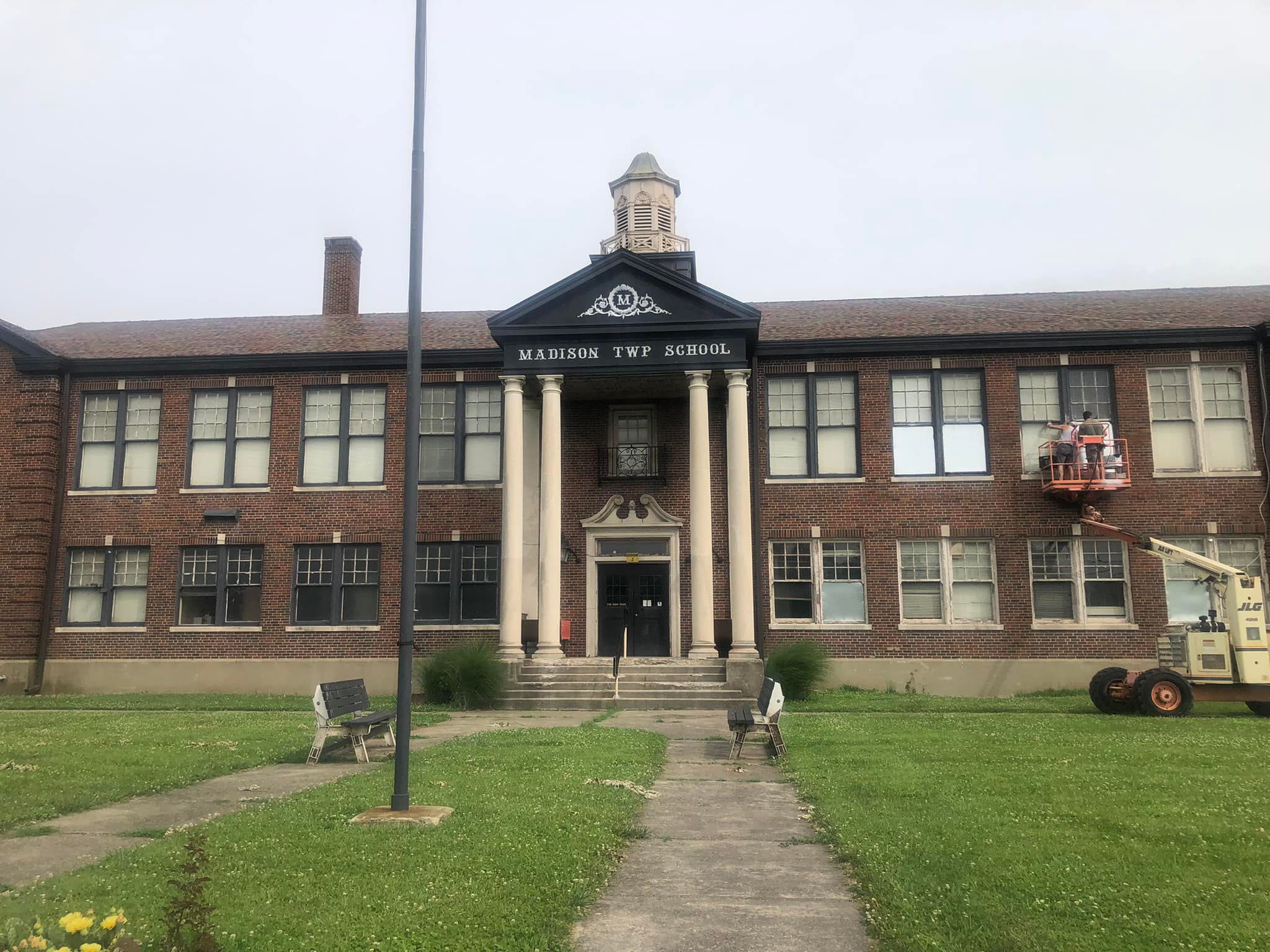